More than 500 of those taxpayers were served during VITA's recently concluded tax season, assisted by 32 Monmouth students, along with accounting faculty members Judy Peterson and Connie Mersch.

Peterson said she sees a transformation in the students from the time they meet the first wave of taxpayers in early February.

"It's interesting to see how the students grow through the program," she said. "In the beginning, they're very nervous. They're doing someone else's taxes, they're dealing with the public, they're learning the software - that's a lot to handle, but when they get done, they feel really good about it and what they've accomplished."

Helping ease students' nervousness is that they work in pairs, and other sets of eyes check their work before it's sent to the IRS.

"They work as a team, never alone," said Peterson. "One of them talks to the taxpayer and describes what they're doing, while the other is focused on the computer work."

Either Peterson or Mersch gives returns final approval, with one of a team of three student reviewers also checking the work.

This year's reviewers were seniors Sarah Ellis of Chrisman, Ill., and Michael Gertz of Volo, Ill., along with junior Sarah Hunt of Pekin, Ill. Hunt will return to that role next spring, joined by classmates Connor Oltman of Bloomington, Ill., and Tresten Maxwell of Abingdon, Ill.

This year, five students in the VITA program also assisted several of the College's international students with their returns.

"The students who got certified for that did that completely on their own," said Peterson. "Those aren't easy to do, but it's a form the international students need to complete, even if they didn't earn any wages."

Peterson provides a survey for the taxpayers to complete each year, and the responses were once again positive.

"You do a phenomenal job serving the community," wrote one taxpayer.

Wrote another: "(The students) were so proficient and made me feel right at home. Their knowledge was so extensive, and they worked so hard. They were polite, wonderful and enthusiastic students."

After being held at several locations, Monmouth's VITA moved into its current location in the Center for Science and Business, which opened in 2013.

"Working here has been wonderful," Peterson said. "We're not all in one big room anymore. I love the privacy of the (breakout) rooms. They're private, but they have glass fronts, so I can see when the students need me. We have one fixed location, so we don't have to drag equipment off campus. It's so much better."

Monmouth College students who participated in this year's Volunteer Income Tax Assistance program met for a pizza party on Reading Day, the day between the last day of classes for the spring semester and the start of final exams. 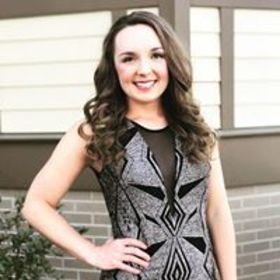