The 11 students, who will complete this year's eight-week program on July 27, worked 40-hour weeks. They also received housing and a small stipend.

Lexi Tibbs, a senior biochemistry major from New Holland, Ill., worked on a project titled "Synthesis of Lignin Monomer Alcohols." Next to cellulose, lignin is the most abundant plant-derived polymer in the world. It is found in almost all dry-land plant wall cells.

"Through the potential synthesis of my final product, I am enabling the College to save money due to the expense of the product that I am seeking to create," she said. "It is a material that can be used in different fields of research, but unfortunately is rather expensive for small quantities."

Tibbs plans to continue her education in forensic chemistry so that she can work in forensics. Her "dream job" is to work for the FBI.

A 30-year chemistry professor beloved by Monmouth students, the late Richard "Doc" Kieft left his $2.3 million estate to the College's chemistry department. He also created the Kieft Scholars summer research program, which gives science students an opportunity to conduct cutting-edge research under faculty supervision. Since its inception in 2010, the program has grown steadily in scope and complexity of research.

"I am being presented with an opportunity to do hands-on work throughout the summer and fine-tune my lab skills to help prepare me for the future," said Tibbs. "The independence of working on your own project is a unique opportunity that many undergraduates do not receive."

"People who suffer from diabetes have to attain insulin via injection," he said. "Insulin exists in two main forms, monomeric (single insulin molecules) and hexameric (containing six insulin molecules). The body cannot readily use hexameric insulin, but it can use monomeric insulin. So by studying insulin's aggregation with various transition metal cations, we can get a closer look as to what is happening to insulin upon injection and inside the body."

Croslow appreciates the opportunity to dive deep into his research without other distractions.

"One of the best parts about being here during the summer is that I can devote 100 percent of my attention to my research," he said. "I am able to get so much accomplished in just a single day."

Croslow said there are also many other benefits to the program.

"I have never had so many opportunities to learn new things," he said. "Along with research, I have been able to use a wood lathe to make my own pen, learn (the programming language) Python with some other students and begin creating a fluorescence microscope."

Julia Sterr, a sophomore biochemistry major from Clinton, Ill., hopes her research will make Earth a cleaner place by reducing society's reliance on fossil fuels. Titled "Increasing Toxin Tolerance of E. coli to Produce Biofuels," her project tackled the issue of the toxins that are produced when E. coli bacteria is used in biofuel production.

Sophomore chemistry major Tyler Halsey of Aledo, Ill., worked on a project that was more about "wafting." His project was titled "Analysis of Bread Aroma Through GC/MS."

"Through analysis of aromatic compounds of bread, it will allow for a greater ability to control bread aroma," said Halsey, who used the College's gas chromatography and mass spectrometry equipment. "This can then be used to help with marketing, as bread aroma is a key factor in consumers' purchasing decisions." 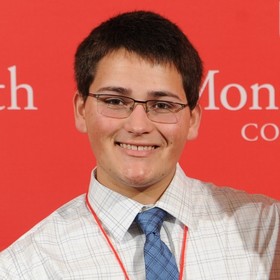 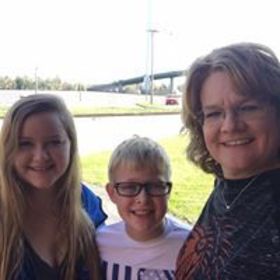