MONMOUTH, Ill. (08/03/2022) — With more than three decades of tennis coaching and teaching experience, Brian Dahlstrom has been named the Head Tennis Coach for the Monmouth men's and women's programs.

"We are excited to have someone with the leadership experience as a tennis professional directing our programs," said Monmouth Director of Athletics Roger Haynes. "Brian's personality and energy were obvious during the interview process."

From 2014-2020, Dahlstrom was the Head Tennis Professional at the Drumlins Tennis Club in Syracuse, New York. Drumlins is the home of the Syracuse University teams and Dahlstrom was an Adjunct Professor for tennis and pickleball while also running the USTA National Super Six tournament.

"I'm looking forward to building onto the established program here and proud that our premier tennis courts stand as a cornerstone entrance onto this beautiful campus," said Dahlstrom. "I'm excited to use my variety of experiences in the tennis world and how it transfers to the college culture."

Dahlstrom has also worked with members of the Crow Valley Country Club in Davenport, Iowa and Short Hills Country Club in East Moline, Illinois. He was the Director of Tennis at Lakeside Tennis in Galesburg, Illinois from 1997-2001 and coached the Untied Township High School tennis teams from 1991-97.

He brings ITA and USTA experience to Monmouth as well, serving on the Iowa District ITA Board as Secretary as well as the Junior Competitions and Community Development Committees. Dahlstrom has served as a USTA National RCW Trainer and was awarded the 2019 Eastern Section Clinician of the Year.

Dahlstrom played Division I tennis at Illinois State University before transferring to St. Ambrose. He was a NAIA National Qualifier in 1983 and 1984 at Ambrose, graduating with a degree in psychology. 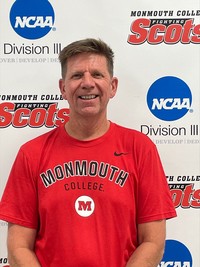 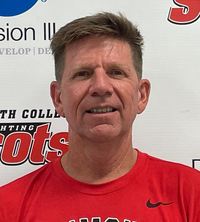