The 1800s closed with "The Gay Nineties." One hundred years ago, "The Roaring Twenties" began.

Now that we've just lived it, what will the past decade be called? Two Monmouth College history professors offered their thoughts on how the 2010s will be remembered, with "The Polar 'Teens" being a suitable answer for one.

"I believe there are two competing narratives that define the second decade of the 20th century," said Amy de Farias, who chairs the Monmouth history department. "One is the emergence of grassroots movements that strive to create a more racially, ethnically and socially inclusive United States. Alongside it is the insidious emergence of anti-democratic movements that are an affront to the very idea of the American dream. Thus, there is a corrosive division in American politics and society."

Her department colleague, Michelle Damian, said the beginning of the decade gave the world a glimpse of the division to come.

"The 2010s were in many ways a decade of upheaval and change," she said. "In the political sphere, the decade began with the Arab Spring, a series of anti-government protests that started in Tunisia and spread through to Libya, Egypt, Syria, Sudan and Bahrain. This intersected with the power of social media, as Twitter and other online platforms were used to organize the protests. The Brexit movement, while still unresolved, also heralded a major change in Europe. The decade also has closed out with anti-government protests, most notably in Hong Kong."

Too early to tell

Future events will have a bearing on how the past decade is remembered, said de Farias.

"Historians are notoriously poor predictors of the future, but I think it is safe to say that the 'winning' side will define how we remember the 2010s," she said. "If civil society is reinvigorated in the next decade, then movements such as Black Lives Matter, #MeToo, the 2016 women's march in Washington, the Wall Street protests, the Dakota Access Pipeline protests and the 'Squad' in Congress will certainly be given prominence in the history texts."

Damian also cited social movements as a key factor of the 2010s.

"Occupy Wall Street and Black Lives Matter have been tremendously influential domestically, while the ramifications of the #MeToo movement have rippled worldwide," she said.

Elsewhere in the world

The 2010s also emerged as a decade when talking about the weather went way beyond casual small talk.

"The proliferation of hurricanes, typhoons, wildfires, tornadoes and blizzards (or polar vortices), often on larger scales than have ever been seen in recorded history, has impacted millions worldwide," said Damian. "Climate change and natural disasters should not be ignored."

Both de Farias (Latin America) and Damian (Asia) used the opportunity to review the decade to report on their regions of expertise.

"One sees other countries asphyxiated by a similar tumultuous scenario," said de Farias. "I would highlight Brazil and Nicaragua, and especially the former. President Jair Bolsonaro looks back nostalgically at the decades when Brazil was ruled by military dictatorships. A cursory look at his tweets shows a macho man who is threatened by the emergence of radical feminism and gay rights movements. A man who … envisions a world run by technocrats who display a disdainful attitude toward environmentalists, and to liberals, in general."

"Being who I am, I have to put a small spotlight on Asia," said Damian. "The death of North Korea's Kim Jong-Il in 2011 as well as the rise of (Chinese President) Xi Jinping and (Japanese Prime Minister) Abe Shinzo in 2012 shifted the power dynamic in Asia. Japan's Emperor Akihito also abdicated in 2019, which was the first time that had happened in over two centuries."

With the Iowa caucuses just around the corner, de Farias offered a parting thought.

"It will be interesting to see if a third force emerges during the 2020s to challenge and eventually ameliorate the stark social, cultural and political polarity of the 2010s," she said. "One can only hope. But, as I mentioned, historians are not good at predictions." 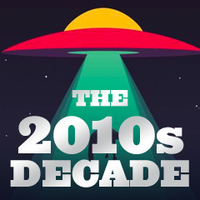