Monmouth, IL (04/23/2021) — The Monmouth College baseball team split a double header against Cornell on Thursday and in doing so, head coach Alan Betourne (Monmouth '05) became the third coach in program history to amass 100 wins. The Scots are now 9-5 on the season, 7-3 in Midwest Conference play and in his sixth season at the helm, Betourne has a record of 100-74-1.

"It means a lot, being an alum here and now to be part of a special group of coaches," said Betourne. "To be with those two guys in TG (Terry Glasgow) and (Roger) Sander who are mentors to me. I've been around those guys a lot and they have a ton wins more than me and rightfully so. It all means a lot to me."

Cornell took a 1-0 lead in game one on a wild pitch in the fourth inning from Scots starting pitcher AJ Hattlestad (New Windsor, Illinois). Monmouth tied the game in the bottom of the inning as Justin Bost (Reynolds, Illinois) scored on a sacrifice fly form Anthony Ruggles (Aledo, Illinois).

The Rams scored three times in the fifth against reliever Arturo Monroy (Chicago, Illinois). Trailing 4-1 the Scots rallied in the seventh. Logan Komater (Ottawa, Illinois) doubled home Justin Ball (Moscow Mills, Missouri) and then scored on a wild pitch to get the Scots within one.

Two hit batters and a grand slam put the Rams on top 8-3 in the eighth. Again, Monmouth rallied against the Cornell bullpen. With two on and nobody out, Jake Brewer (Gibson City, Illinois) singled home Bost and a wild pitch scored Alex Lyle (Farmer City, Illinois). Thomas Witty (Northbrook, Illinois) scored on an error to get the Scots with two with two on base. Mike Dato (Oswego, Illinois) was hit by a pitch but the pitch was ruled to be a strike as he didn't attempt to get out of the way. After striking out to end the inning, Dato was ejected by the home plate umpire, meaning he was unavailable for game two.

Monmouth put the tying runs on base in the ninth but fell short. Bost singled with one out and Lyle walked before Cornell ended the game with a strikeout and a groundout.

The Scots scored first in game two with a run in the first inning. Sean Davis (Bolingbrook, Illinois) reached on an error with two outs and moved to third as Bost singled. Jackson Van Iwaarden (Ballwin, Missouri), in the lineup for Dato, singled to score Davis and give Monmouth a 1-0 lead.

"With Dato out it is always next man up," said Betourne. "They rallied around Mike and picked him up. Jackson has had some great at-bats this year. His time was there and he produced."

The game was tied 1-1 in the fifth as Brewer led off with a double. Shamus Murphy (Milan, Illinois) sacrificed and Brewer scored on a groundout by Ball.

Van Iwaarden delivered insurance in the sixth. With two on and one out he singled to plate Bost for a 3-1 Monmouth lead.

"The pitchers did an amazing job today and we knew it would be a bullpen game," said Betourne. "They kept us in both games and showed they had the moxie to get through this day and every game ball we have goes to those guys."

MONMOUTH MOMENTS: Betourne is the third coach to win 100 games joining Roger Sander and Terry Glasgow.He got to the mark in less games (175) and less seasons (six) than either of the other two coachesSander won a record 370 games from 1994 to 2015 and Glasgow won 343 games between 1973 and 1993Glasgow won his 100th game in his ninth season and in game number 181...Sander picked up win 100 in his seventh season in game number 193Garrett picked up his first college saveBost had two hits in both gamesBrewer had three hits total with a hit in each gameBall leads the Scots with three triplesThe Scots next four games are against Illinois College with two in Jacksonville on Saturday and two in Monmouth on SundayThe home double header begins at Noon at Glasgow Field on Sunday. 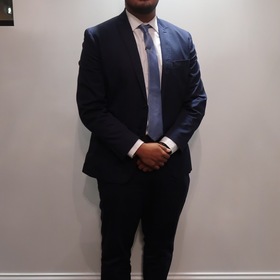