Broad Impact of Supreme Court's 'Dobbs' Decision Will Include Classes and Elections, According to Monmouth College Professor

'Dobbs' case was closely followed by students in Monmouth class on constitutional issues.

MONMOUTH, Ill. (06/27/2022) — The lessons from Supreme Court's Dobbs decision on abortion will be something that one Monmouth College professor predicts he "will be teaching for decades to come."

"Dobbs v. Jackson Women's Health Organization is a landmark of landmark cases -- a case that I will be teaching for decades to come," said Monmouth political science professor Andre Audette. "In striking down Roe v. Wade and Planned Parenthood v. Casey, the Supreme Court dramatically altered 50 years of abortion law in the U.S."

Audette said the most immediate consequence of Dobbs will be that each state will be able to set its own abortion policy.

"Pending future court cases and policy debates, this could range from banning abortion almost entirely to permitting it up to birth," he said.

The state-by-state approach to abortion policy happened almost immediately after the Dobbs decision was made public, especially among states that had enacted so-called "trigger" laws that outlawed abortion if the Supreme Court overturned Roe v. Wade. Audette said that one of the consequences of that development will be "to only continue to push this contentious moral issue to the forefront of politics."

Abortion usually isn't a major issue in races for the U.S. House of Representatives and Senate. In most polls, it doesn't rank among the top five most important issues to voters. But because of Dobbs, Audette said, "I now fully expect abortion to play a heightened role in the 2022 midterm elections."

"Part of the reason for that has been because before Dobbs people did not have as much room to decide policy in this area," said Audette. "With these newfound responsibilities, people may start basing more of their vote choice on the abortion issue. For the first time, Democrats are even more concerned than Republicans about abortion policy. Politicians will need to rush to lay out their positions on a host of abortion policies across the states."

"We read the briefs to both sides, as well as other evidence from a philosophic, empirical and legal perspective," said Audette. "Students made a policy decision on abortion, in addition to the death penalty, free speech on college campuses, and moral/legal issue of their choosing."

Audette said he was "especially impressed with the students' abilities to talk about the most controversial issues in society and to do so from an informed and critical perspective."

"In an age where divisions run high in our politics, our courtrooms and even in classrooms, it was a refreshing environment that gives hope for the future of American law and politics," he said.

For the general public, Audette said larger lessons can be drawn from Dobbs.

"The case will likely overshadow many of the other cases recently decided, or cases soon to be decided," he said. "To be sure, this is the cap of a high-profile term of the Supreme Court, addressing issues such as gun rights, the death penalty, environmental regulation, funding of religious schools and prayer at high school football games, among others. Now, more than ever, is a critical time to understand the role of law and politics in society." 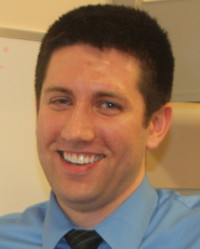 “Dobbs v. Jackson Women’s Health Organization is a landmark of landmark cases -- a case that I will be teaching for decades to come,” said Monmouth College political science professor Andre Audette. “In striking down Roe v. Wade and Planned Parenthood v. Casey, the Supreme Court dramatically altered 50 years of abortion law in the U.S.”